Electronic Component Allocation - Component Sense Back to the Future Series

Not since the year 2000 have we seen such widespread lead-time growth. What is going on?

Back in 2001 when I started in the independent distribution industry I used to tell my clients about the 7 year cycle.

This theory was fact based with the data coming from one of the largest franchised, electronic component distributors on the planet. The theory had held strong for over 50 years. The belief was that supply typically outstripped demand for a period of 3-4 years creating a very stable supply situation for the buyer. This would be followed by around 2 years of lengthening lead-times, short supply and eventually, allocation. 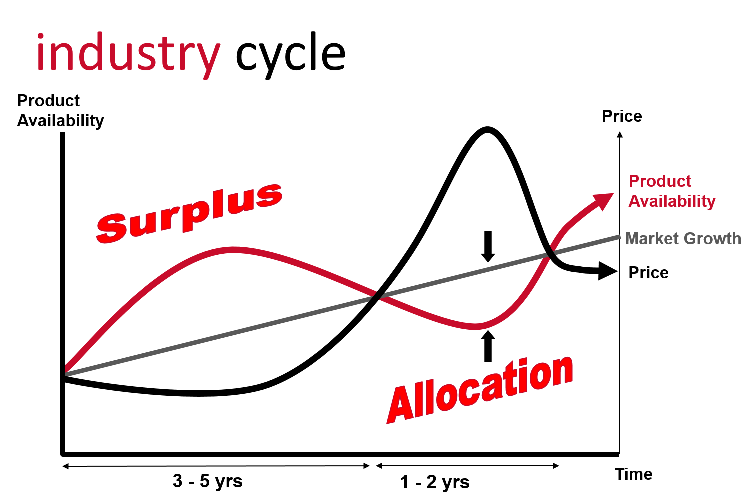 This time around the 7 year cycle has been blown out following 17 years of relative stability notwithstanding the odd natural disaster causing minor disruptions on some commodities.

What does allocation mean?

Allocation happens when parts are in such short supply. Not only is there a long lead-time but the manufacturers cannot supply the demanded volumes for the foreseeable future. They then "Allocate" a percentage of your requested volume to you, effectively sharing the available stock amongst all of their customers.

Let's imagine you need 100K pieces per month of a Freescale / NXP Semiconductor part MCZ33972AEWR2. Your production output depends on that part being available. You have been on top of lead-times and have been adjusting your orders accordingly so you are safe, right? Well you would think so wouldn't you?

When allocation strikes you may be told that your allocation is 10% of your forecast. There is very little you can do about this and the further down the food-chain you are, the more you will suffer. Some very large manufacturers have severe financial penalty clauses in their supply contract. If the supplier can choose who to give stock to, who do you think will get first option on the parts you need? This could bring a very abrupt halt to your production line and could affect many items on your bill of materials (BOM) across all commodities.

Allocation ran throughout 1999 and all of the year 2000. Lead-times on all commodities stretched beyond 52 weeks and many items were placed on allocation.

What Caused allocation in 1999? 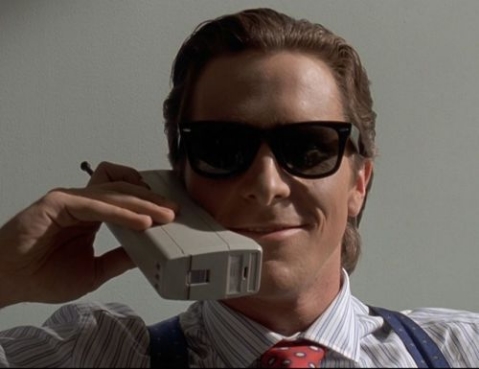 Long lead-times, shortages and eventually allocation are ultimately caused by supply outstripping demand. A few different growth drivers were behind the sudden upsurge in component demand. Mobile phones (cell phone) were becoming normalised, once the preserve of yuppies and poseurs, mobile phones (cell phones) were becoming affordable and accessible to the masses and boy did everybody want one.

The other significant driver of this component demand was Y2K also known as the millennium bug. Some clever sort discovered that many PC's would not function after January 2000 because the coding in early computers hadn't planned far enough ahead and used a 2 digit code for the year. The fear was that the year 00 would mean 1900 not the year 2000 and computers would not compute. Computer systems around the world would crash, planes would fall out of the sky and every business that relied on computers would cease to function. This scenario was so scary that pretty much everybody had to replace their entire IT infrastructure creating enormous panic driven demand.

An estimated $300 billion globally was spent upgrading computers and application programs to be Y2K-compliant. How big a threat the millennium bug was is debated widely but suffice to say it certainly drove up demand for electronic components.

What is the current cause of shortages?

The main drivers this time seem to be the advent of the "internet of things" and the computerisation of the motor car to facilitate driver-less cars. Both of these growth industries are taking off faster than I think anyone could have anticipated. This current increase in demand has more in common with the growth of the mobile phone (cell phone) industry than the millennium bug in that it is the take up of new technology that is the main driving force.

By it's very nature, the millennium bug demand was finite and tailed off rapidly on January the 1st 2000 when we all realised that the world could still function. The mobile phone (cell phone) industry has continued accelerating to the current day. The relative stability enjoyed for the last 17 years is a result of the growth being predictable and component manufacturers have been able to keep pace.

Many commentators said, shortages of this scale could never happen again!

With the advent of sophisticated MRP systems the belief was, that purchasing and forecasting was now so clever, that the shortage cycle was dead for ever. Manufacturers could plan and build with ever improving efficiency. What could go wrong?

Component maunufacturers are typically very large businesses and large manufacturing organisations tend to move cautiously and slowly. If future forecasted demand suggests that you need to build a new factory there is a case to build to secure the investment. Having recently come out of the biggest global recession in living memory, is it surprising that the executives holding the purse strings are reluctant to loosen their grip? The rusting padlocks on the gates of past technology factories are testament to how quickly things change and nobody wants to build the next white elephant. 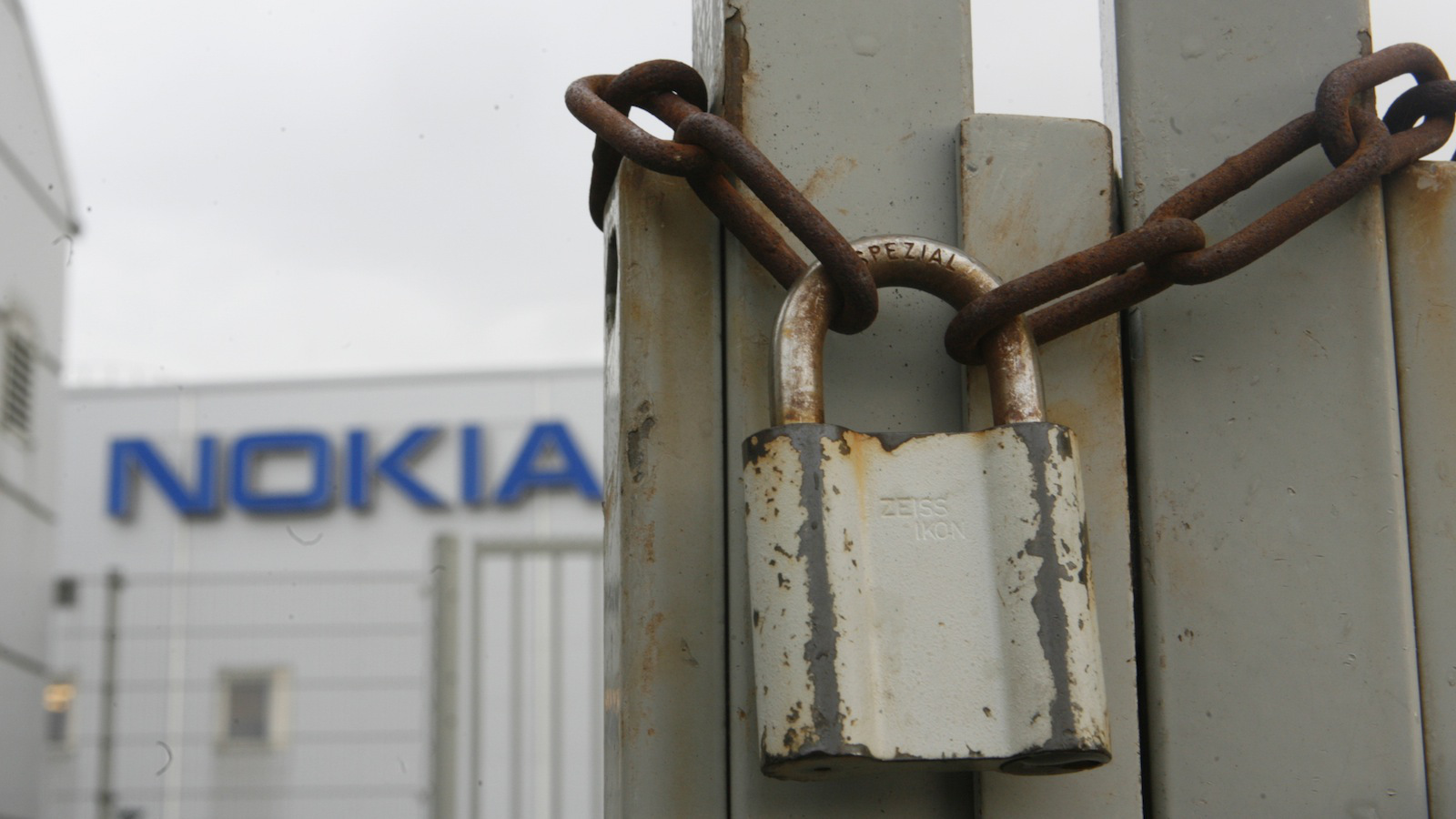 We have been hearing about the the internet of things being the next big thing but did anyone really believe it would grow so fast? Some connected technology makes sense but in a very short time we have been inundated with connected devices, fridges, light bulbs, toothbrushes, juicers, it's all nonsense but it seems we really do want these crazy things. If it is not connected it is just so last century. I even found myself needing a new lawnmower recently and considering quite seriously a very expensive internet and GPS connected automatic machine. Even though I did resist, it seems I too, have gone mad!

A word of warning!

The last time allocation became prevalent "smart buyers" manually adjusted their forecasts to ensure that they got the stock they needed. Inflating your forecast 10 fold is a very risky business. I witnessed one company in Scotland that did this across many part numbers. They did manage to keep their production lines fed throughout 1999 and 2000 but when the supply chain normalised in January 2001 they received a very large bill for all of the stock they had on order. 10 years worth of production on some very expensive lines! The company struggled on for a few years but eventually died off.

MRP systems have replaced thousands of buyers that had expertise and contacts that were useful in a crisis. Your normally robust purchasing procedure can sometimes be compromised when buyers get desperate.

Stay safe. Buy only from trusted sources. Wherever possible insist on traceable stock.